Bringing help and hope to real people in specific ways

We're a "mission church" that is focused, relational, strategic, and persistent with our local and global mission partnerships. 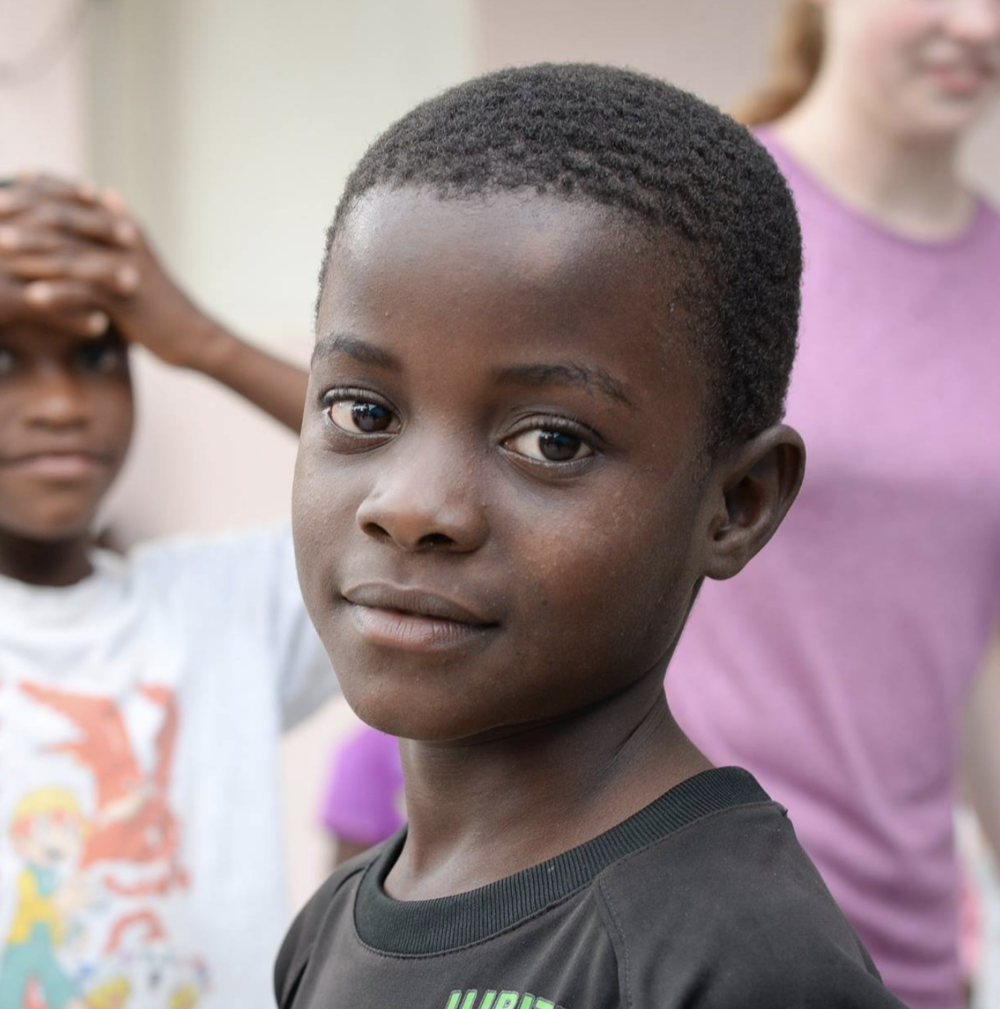 In a country where over half the population is under 25 years old, roughly one third of young people ages 15-24 are illiterate and only 50% of children are able to go to school.  The cost of education in Haiti is very high and for the most part is highly inaccessible to the average Haitian.  RMI provides the framework for sponsoring a child in Haiti to receive the education necessary to change their lives for the better.  A $384 donation (or $32 monthly by bank draft) provides tuition for a quality Christian education, uniforms, school supplies and hot lunches for a child in Haiti.  The Hope for Kidz program is providing HOPE today for many kids.  Through sponsorship, they can have a future. 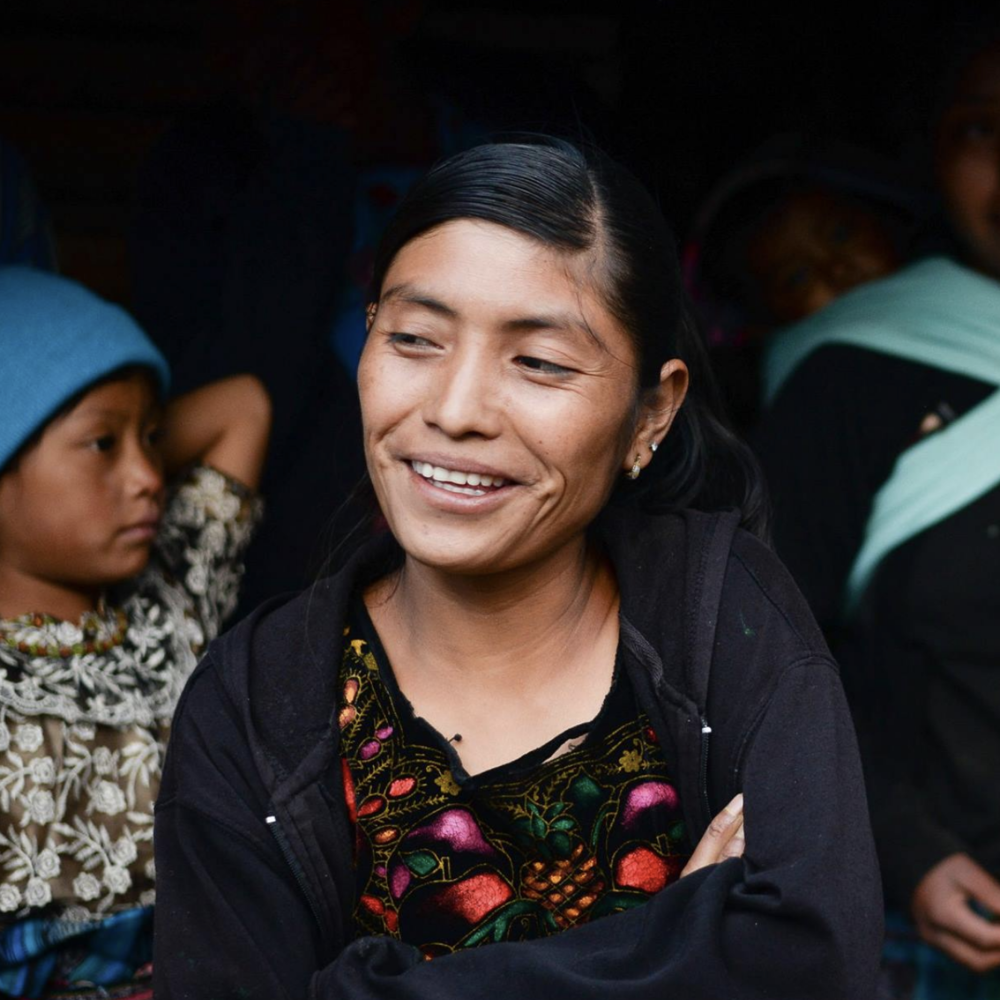 Animals provided through this program are both a source of much-needed protein in a Guatemalans' diet and a means of  generating income.  The vast majority of families served by the program are single-parent households with a mother, several children, and no consistent source of income.  The common diet is mostly corn tortillas.  What a blessing it is to add eggs or meat!  And what a blessing when the animals multiply and can be sold at the local marketplace.  $60 provides an animal to be chosen by the family - a young pig, a sheep, or two piglets - and an initial supply of feed.
Click below to make a donation, choose Mission Fund, subfund Guatemala Animal Project. 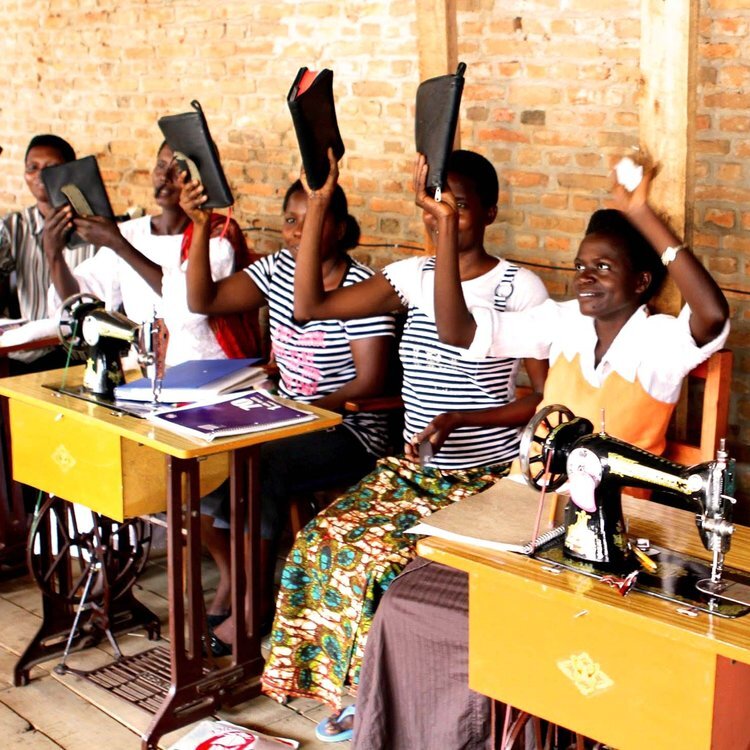 $350 donation sponsors a woman in the Home Care Center Program – providing a meal each day and a new sewing machine upon graduation – a tool that will enable her to support herself and her children. Click below to make a donation, choose Mission Fund, subfund Hope4Burundi. 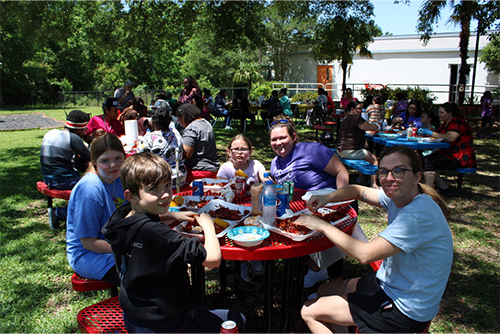 China Harrison is the founder and director of Living Hope, a non-profit outreach ministry, located in Lafayette, whose mission is to empower single moms through fellowship, education, and provision of essential needs. Living Hope invites single moms to partake in monthly events which include vital education specific to single moms, a delicious lunch, and fellowship with other single moms. Each attending mom receives much needed household items such as laundry detergent, body wash, tissue, paper towels, and so much more. Our desire is for every mom to feel and experience the love of Jesus, and that they be empowered to thrive in their season of being a single mom. 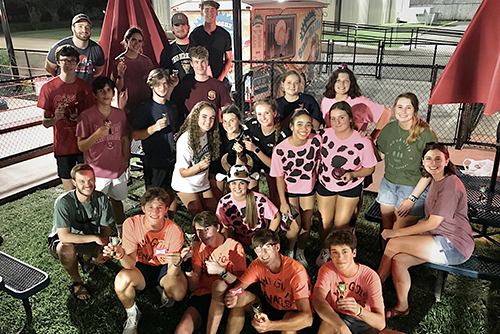 YoungLife is a group of caring adults who go where kids are, win the right to be heard and share the Gospel of Jesus Christ with them. Lafayette has a team of staff and volunteers that work with middle school, high school and college students. YoungLife gives students an opportunity to grow in their relationship with Christ through Contact Work, Club, Campaigners and Camp. 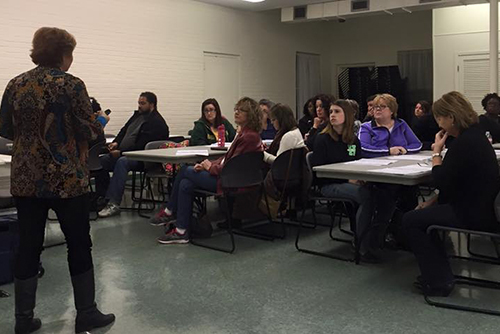 Escape from Poverty is led by founder Linda Lanclos. They exist to ignite hope, success and transformation by empowering impoverished families to ESCAPE FROM POVERTY by providing Success Series Education for Life Power Courses, relationships, and motivation within a faith-based community environment. Attendees receive help, encouragement and common household items to help them along their journey out of poverty. 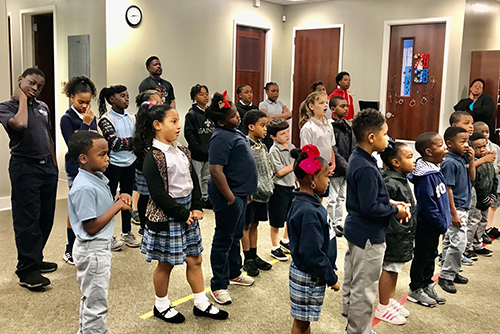 The vision of the Bridge is to relationally empower lives through spiritual transformation education and community development. They are partnering with churches, business, government and Holy Family Catholic School with the goal to love, educate and transform the students in the four corners community. The Bridge provides tutoring, a meal, character and life building activities. 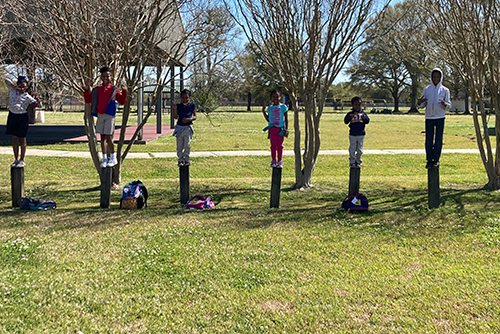 New Hope Community Development of Acadiana is led by founders John and Kris Newman. New Hope is committed to working with churches, schools and the community to help at risk-kids discover purpose and value through loving relationships and educational support. New Hope provides families in the Azelea Park neighborhood with tutoring, summer programs, sports and life skills training for parents. 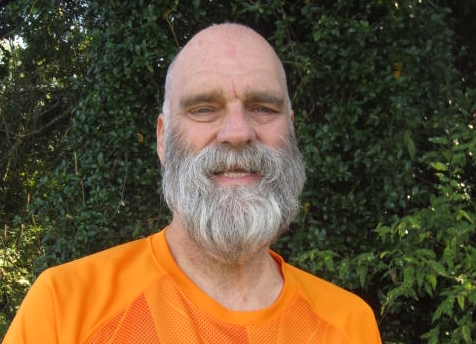 When crisis strikes, we’re committed to physical and spiritual transformation, and we work to rebuild lives and communities by sharing the hope of Christ—all through the ministry of a local church. We organize and mobilize believers across the country to serve local churches and homeowners after crisis. And we need your help. 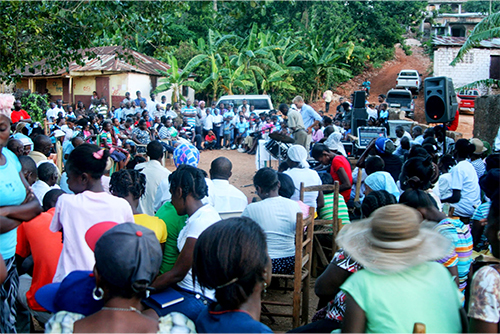 RMI's mission is to transform lives through church to church partnerships. We facilitate and are the bridge to make these successful cross-cultural partnerships work. We work hand in hand with national Haitian churches to enable them and resource them for life transformation. This takes place through evangelism, discipleship, education, community development and social compassion. It is a holistic endeavor that will enable an entire US church to have a strategic impact in the national church's lives and into their community. 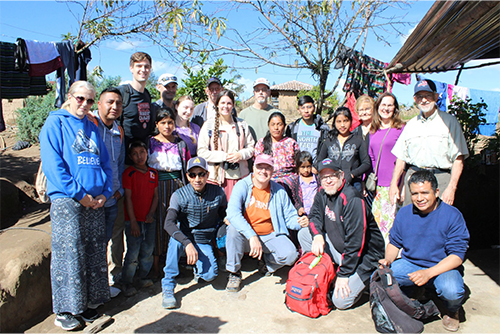 Mission Housing Ministries - Comitancillo, Guatemala is a recognized 501(c)(3) charity. We have been serving in rural Guatemala for 25 years. In addition to "Hand Up" programs, we host mission teams from churches in the US and support an Evangelical Christian Bible Institute in the town of Comitancillo. For more info on this mission partner, 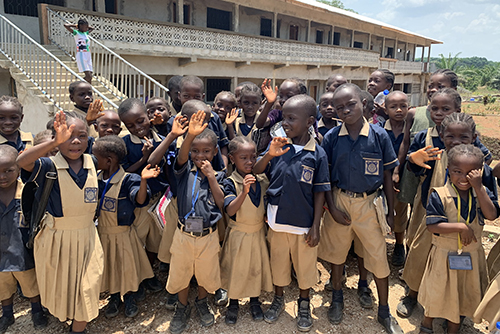 During the Liberian civil war in 1990, Eric Wowoh was captured as a child by rebels, and was then beaten, tortured and left to die. Miraculously, he escaped and spent 14 years living in 11 different refugee camps. In 2002, around age 23, Eric was given a computer by a friend of his. He learned how to use the computer and began training other refugees from all over the continent of Africa. Eric has impacted the lives of many across the world and has established Change Agent Network from the origins of that one single desktop computer. In 2006, the U.S. Government, through a refugee resettlement program, brought Eric to America.

We have successfully built 14 schools in 6 counties of Liberia. We are presently educating over 3,000 underserved children in Liberia. There are 200 employees on payroll nationwide. Within the past 7 years, Change Agent Network has graduated more than 1,400 students, many of which have become meaningful contributors to society. 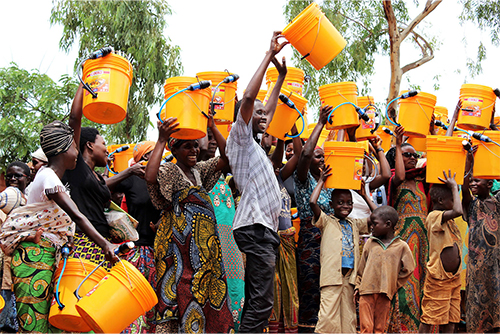 Hope4Burundi is a non-profit mission organization whose goal is to share the hope of Christ with the people of Burundi and see the country restored by partnering with local Burundi Christian leaders who are impacting their nation.

Our goal is to address the physical, emotional and spiritual needs of Burundi, known as “The Heart of Africa,” that has suffered much from waves of internal conflict which has resulting in poverty, vulnerability to disease, restricted access to education and an unconscionable number of widows and orphans.

Hope4Burundi is working in partnership with Homecare Ministries and other Christian leaders throughout the country so that together, Burundi will experience restoration and a renewed hope. 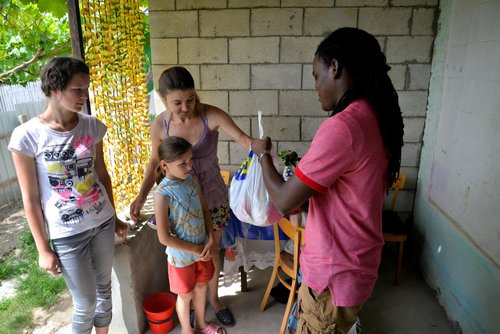 Crossover Global is a church planting ministry that is committed to reaching the unreached through the planting of multiplying churches. Our partnership is with the church planters in Central Asia. 42% of the world’s population is unreached with the gospel. Crossover global trains nationals to plant multiplying churches that will take the gospel where cross-cultural missionary can’t go. Please join us in fulfilling the Mission of God in this beautiful country. 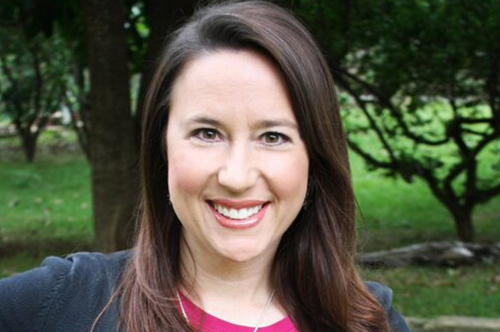 Melanie Rogers was on staff with Campus Outreach at the University of Louisiana at Lafayette. In 2011 she moved to Belo Horizonte Brazil. The vision of Campus Outreach is “Glorifying God by Building Laborers on the Campus for the Lost World.” They build laborers with a commitment to Jesus and His Great Commission through evangelism and discipleship. They passionately reach students with the gospel and train them to become mature followers of Christ. Their desire is to see students leave college equipped to labor in the harvest field for the glory of God. 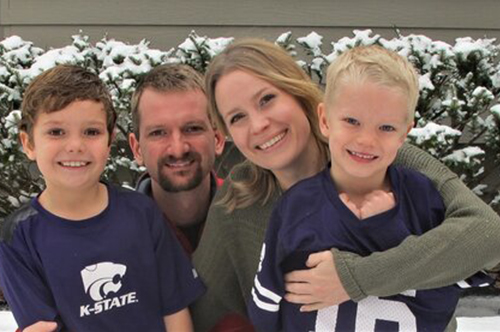 Kevin Kellenberger is the son of Dave Kellenberger. After living in Papua New Guinea for four years, installing and maintaining systems in remote areas, the Lord presented them with an opportunity to serve with Offgrid Tech, based out of Missouri at the Ethnos360 Training Center. They now work with over 100 different mission organizations and thousands of individual missionaries providing technical support, equipment, and off-grid living consultation. 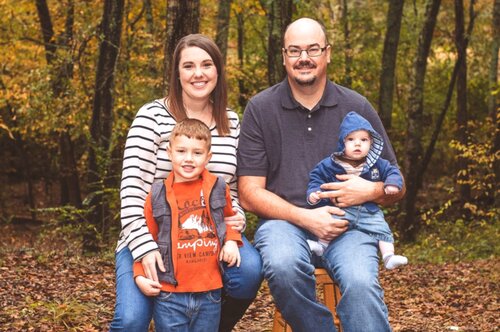 Brittany Reynaud is Kim and Tammy Reynaud’s daughter-in-law. Brittany works on the campus of Louisiana Tech with Chi Alph Ministries. Chi Alpha is a Spirit-Empowered, diverse community of believers on university campuses, declaring in word and lifestyle our faith in Jesus Christ, equipped to fulfill our purpose in God’s global plan. They reconcile students to Christ, equipping them through Spirit-Filled communities of prayer, worship, fellowship, discipleship and mission to transform the university, the marketplace, and the world.